Visual Structure was one of last term’s classes at Gnomon with Anrdrea Adams. As all of her classes this one was a lot of fun. We learned about composition, conflict, contrast and affinity, how colors and set design influence the viewer and created a whole world based on books we could choose. Alex Harrington, Nick Thompson, Renato De Oliveira, Devon Chiu and I got together to work in a team and create a game environment for the player to explore. We we’re influenced by the gameplay of Journey as it allowed us to explore how we can use the techniques we learned to direct a player through a level and manipulate them to feel safe or chased and scared.

We decided to focus on three levels that represent three parts in the book A Wizard of Earthsea by Ursula K. Le Guin to tell the story of Ged. A Wizard of Earthsea is a fantasy novel about a young mage called Ged who has to defeat a dark power that he mistakenly summoned. With the three levels we wanted to show the evolution of Ged as he explores the different environments.

We spent 10 weeks designing and creating Ged and the world around him. In the end we came up with a game prototype with three levels that the player could run through and explore. We started out gathering reference and came up with simple color palettes and shapes that we used throughout the game. Light and shadow was an interesting topic and we tried to use it to manipulate the player and his decisions.

Based on those three blueprints (color, shape and light) we built assets and imported them into Unreal Engine 4. Each person had different responsibilities so I’m mostly going to show my work but I want to stress that this was a team project and everybody helped each other out.

First up: Ged. One of my responsibilities was to design and build the character. The little guy on his shoulders is an otak, a little furry companion creature. Here are a few sketches of Ged, a render of the ingame model and variations of his staff. 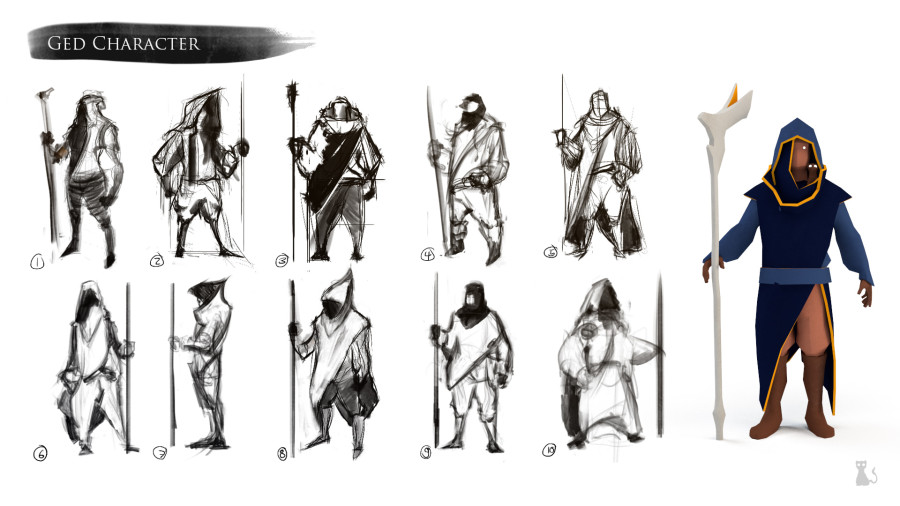 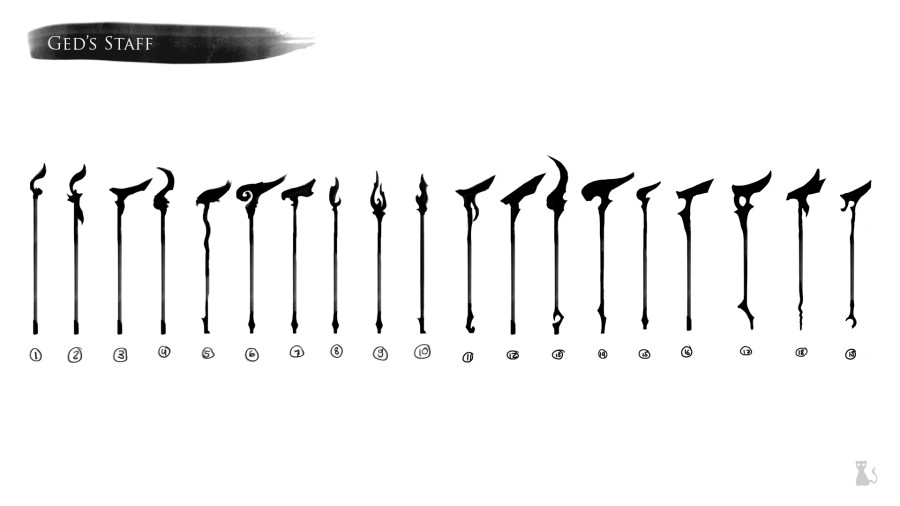 Next: Shape, light and shadow tests that helped building the game later. And then some environment thumbnails. 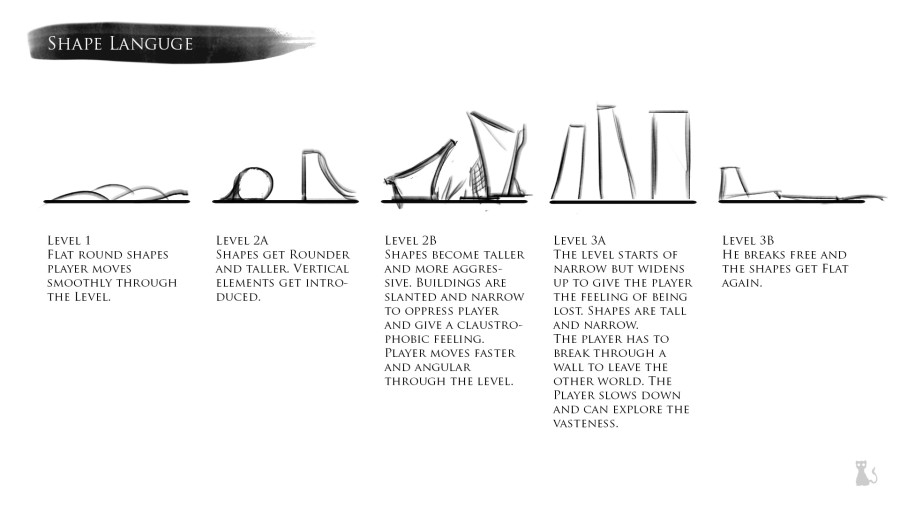 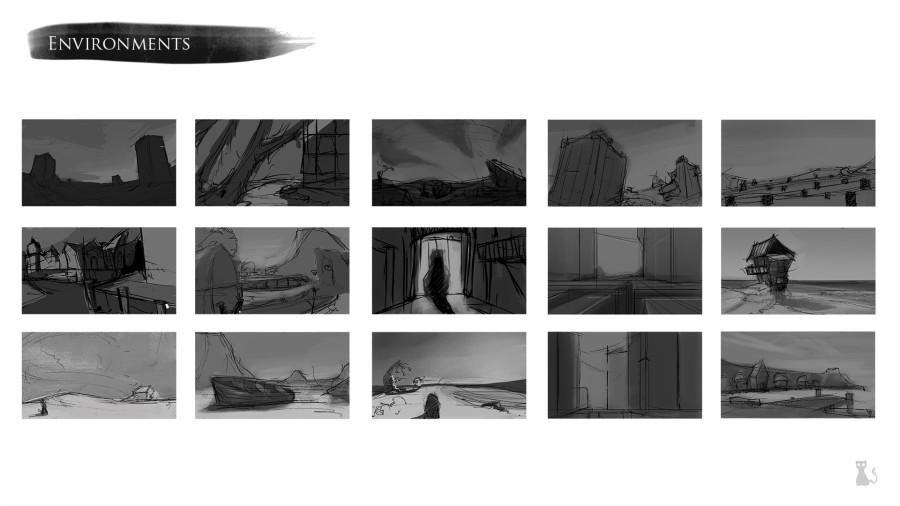 Now a little bit more about the process of how we got from sketches (Devon) to 3D models (Nick). Another approach was blocking a scene out in 3D and then painting over it to get a feel for the mood of a level. The last picture shows the color palettes (Alex) and how they influenced our second level. With a camera controller (Renato) and smart level design (Alex) we managed to create a smooth transition between the beginning and the end. The level starts out with a lot of round shapes and warm red/pink colors and ends with sharp shapes in dark green/poisonous yellow colors. 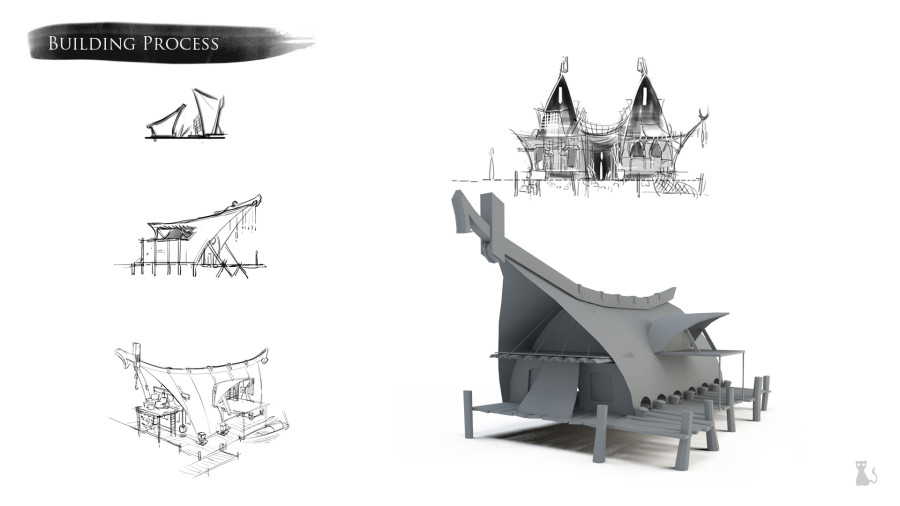 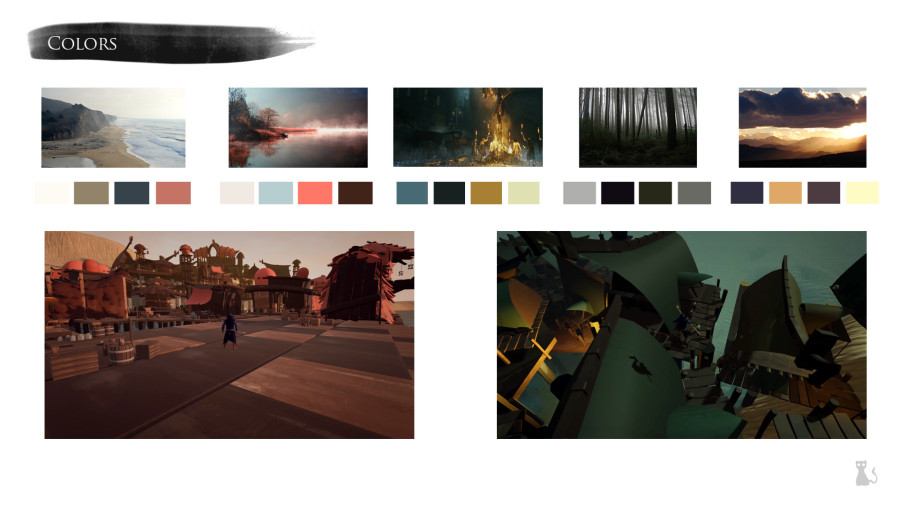 Here are a few screenshots from the gameplay in the Unreal Engine 4. 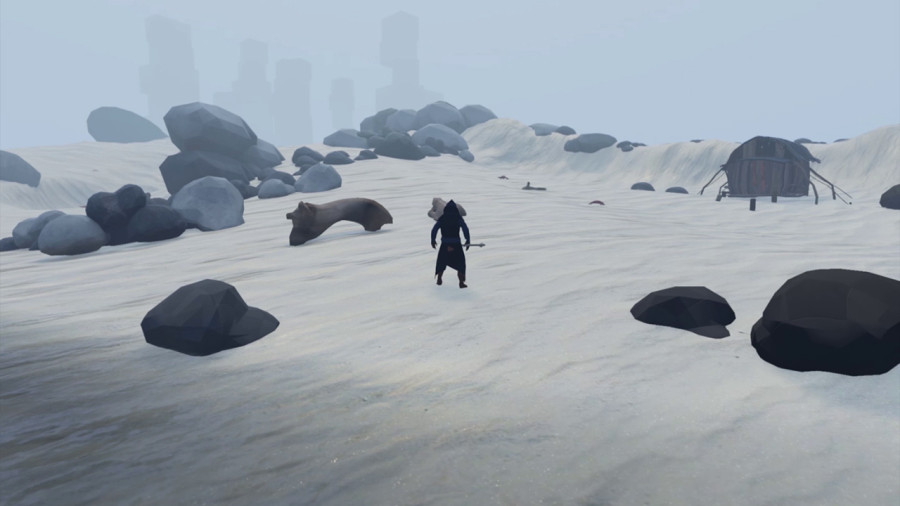 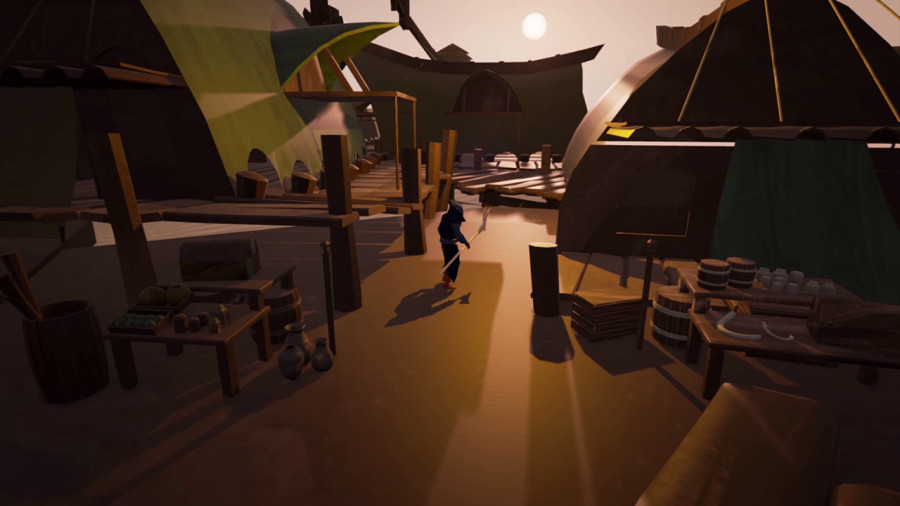 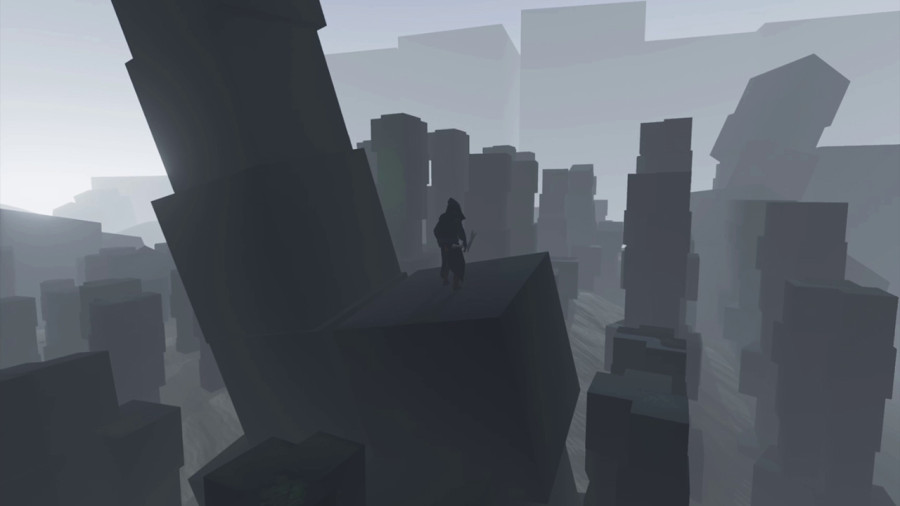