What a term at Gnomon. Intro to ZBrush was one of the classes, we went over all aspects of the software so unfortunately we didn’t have to much time for the sculpting itself since we had to cover materials and rendering too.
I chose a really creepy concept of a monster by Anthony Jones called Hellguard. It was interesting to figure out the head with its worm-like creature. After I finished the sculpt and polypaint I took it into Maya and rendered out some stills with MentalRay. 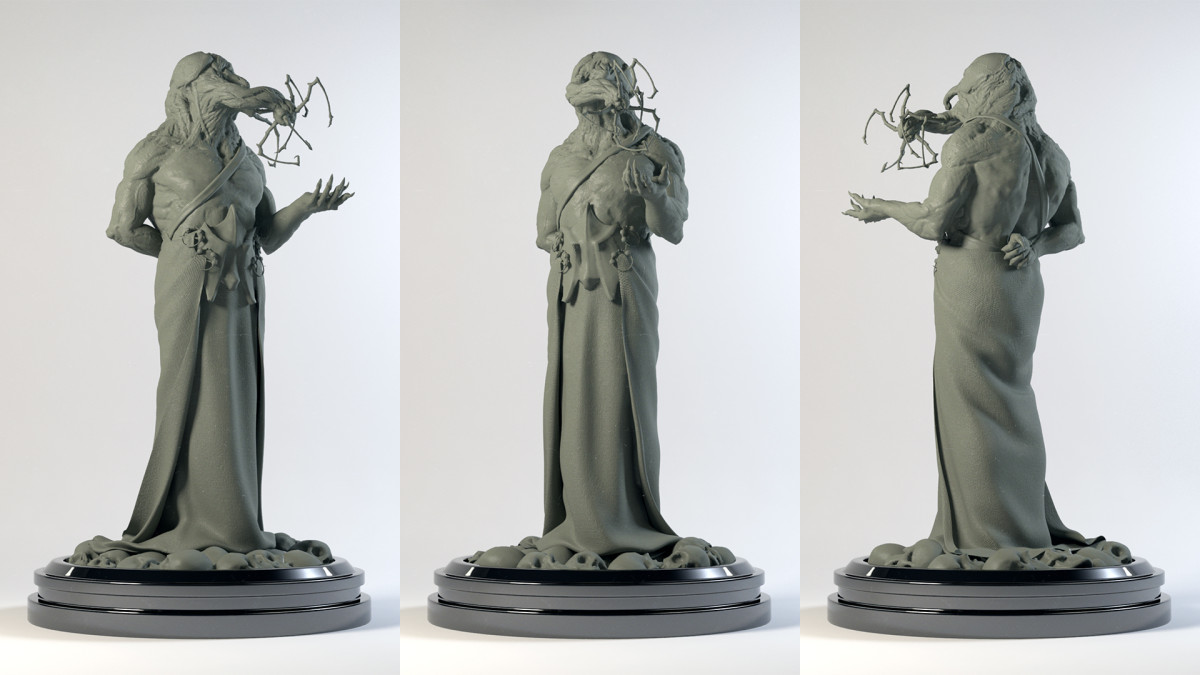